Dear friends,
Some of you might be interested in this very interesting collection of poetry by Dr B R Nagpal  (b.1943) who, now retired, was my colleague at Deshbandhu Evening College, now Ramanujan College, in the Department of English.

He was also Reader at North Eastern  Hill University Shillong during 1985-87. His critical works on Modern British fiction include writings on Graham Greene, Joseph Conrad, and Virginia Woolf. Before this collection he has published two collections of poetry, Varied Textures (1987) and Starscape Offering (1994).  Some of his poems have been published in Muse India, Asian Signature, The Criterion, Indus Women Writing, The poetry Society of India.

Nagpal says that his poems bear kinship with the mystical and devotional in the manner of Guru Nanak, Vivekananda and Aurobindo. 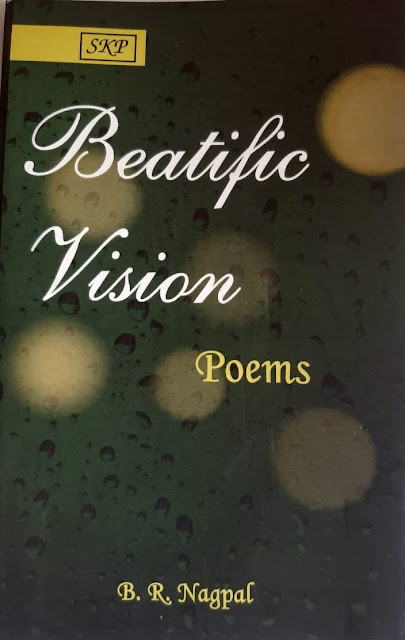 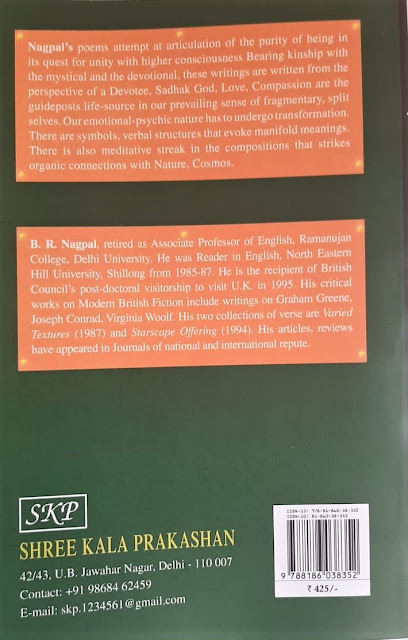 Here is the title poem. 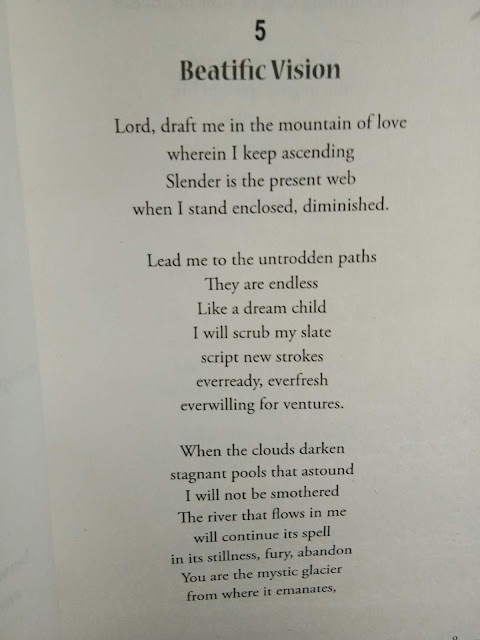 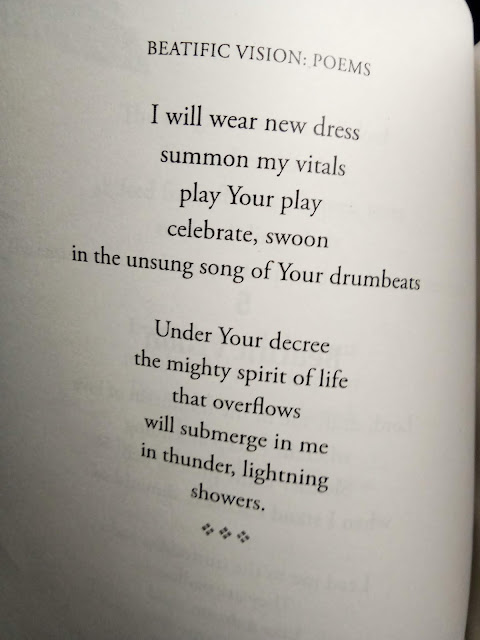 Posted by tcghai at 12:13 PM No comments: Links to this post