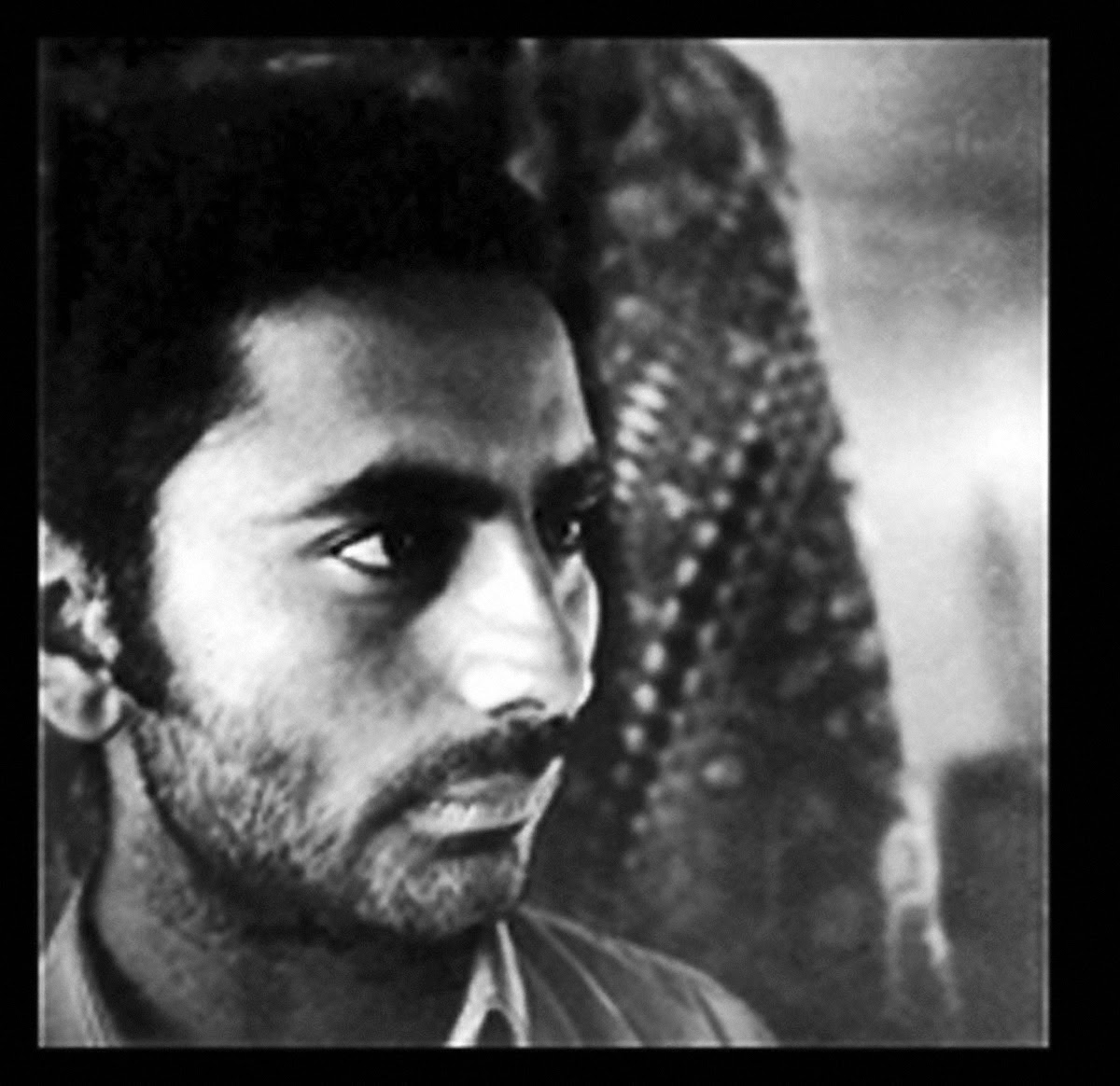 Today is March 23, the day on which Pash was shot dead  by Khalistani fundamentalists.
Here is an extract from the Introduction to my book of translations of Pash's poetry: "Pash, a Poet of Impossible Dreams", published in 2010, followed by a  few of his poems.

A raw country lad turned revolutionary poet, without much formal academic or literary education or training, storming the Punjabi literary world in the late sixties of the last century like ‘a bull in a china shop’1, as Amarjit Chandan, his contemporary, friend and once fellow-Naxalite, put it, rebelling against everything, almost everything – the Indian liberal democratic state, rejecting all its symbols, the constitution, the parliamentary system, the national flag, the national anthem, its concept of patriotism and national unity, rejecting Gandhi, breaking almost all the tenets of Sikh orthodoxy except his respect for the Gurus, defying all the rules of Punjabi literary orthodoxy or tradition, breaking with its subject matter, its language, idiom and imagery, and metrical forms, its aesthetics, occasionally deriding the greats like Waris Shah, Tagore, Ghalib, ignoring the Sufis, Farid and Bulleh Shah, overturning  many myths of Punjabi folk culture, showing ambivalence towards world’s  holy texts, towards Buddha, rejecting the city, the media, the ruling  political class, the bureaucracy, first in the name of Marx, Lenin and Mao but later perhaps questioning even these prophets of the revolution and golden age of the future. Here is in essence a rejection of the whole process of history and its ‘falsehoods’ and the march of civilization as illusory and fundamentally flawed against the interests of the marginalized, the hewers of wood and drawers of water, the landless workers, tribals and the lowest rungs of the Indian peasantry.

Can such a person be a serious poet? Can he be a poet at all? Should he be given any space in the history of civilization and one of its finest fruits, as poetry is supposed to be?

Well, at least one group of people thought such a person had no right even to live. Pash was shot dead by Khalistani fundamentalists in 1988 when he was only 38, for his atheism, for his disowning what they pretended were the ‘purest’ and ‘truest’ traditions of Sikhism. There are others who have compared him to Faiz Ahmad Faiz, Muktibodh, Dhumal, Pablo Neruda, Nazim Hikmat, and called him the Lorca of Punjabi poetry, a martyr to the cause of human freedom. And interestingly, he was shot dead on 23 March, the day on which Bhagat Singh, Rajguru and Sukhdev were hanged. And Bhagat Singh’s influence on Pash was very great, if not seminal.

I don’t exactly remember when and how I got interested in Pash, but it was surely around the time when I was, around 1999, translating an almost unknown Delhi based Punjabi poet Late Dr P.S Kanwar’s only collection of poetry, ‘Rattan Di Rut’ (A Season of Nights), and making myself familiar with Punjabi poetry, particularly the post Amrita Pritam-Mohan Singh phase, because Dr Kanwar also wrote his poetry during the heyday of the new wave in Punjabi poetry in the sixties and seventies of the 20th century, the period in which Pash  wrote and became the most dominant voice in Punjabi poetry. The first taste of Pash came to me in the form of translations in Hindi of about a dozen of his poems. And I must confess that I was shocked and fascinated at the same time. His fulminations against Mahatma Gandhi, Mrs Indira Gandhi and some other individuals, the Indian constitution and the Indian democratic process, against Ghalib, Shakespeare, Tagore, Beethoven, his complete indifference towards the Sufis, his perverse reading of the Bangladesh War – all this not only baffled me but left a bad taste in my mouth. A politician can do almost anything! He can see things in absolute black and white. But how can a poet do that even if he is a revolutionary? But at the same time some of his poems fascinated me, even moved me to tears. His poems were a queer mixture of immature and extremely partisan politics and magnificent poetry.

I became interested in Pash not because he was a Naxalite or a Marxist but because he was a rebel, although the source of his rebellion lay in Marxism, or Marxism-Leninism as interpreted by Mao, coupled with the Sikh rebellious spirit and tradition flowing to him from the Gurus through the Gadarites, the Babbar Akalis and Bhagat Singh. No contemporary of Pash shocks, disturbs or challenges your sensibilities with such force as he. All the rest seem tepid or simmering often down right loud, but seldom boiling like Pash, boiling not like water but steel. One can feel the heat all over when you read Pash for the first time.
When you begin reading him, Pash seems to be telling you to switch off your TV sets and stop watching the images of the politicians, the business tycoons, the film and sports stars, page three personalities, men and women of substance, the bullish-bearish antics of the stock market, the talk shows, the boogie-woogie shows, the quiz programmes, the get-rich and hit-the-jackpot contests, the scandals, the sting operations, the soap operas, the astrologers, fortune tellers and tarot card readers, gurus, yogis, spiritualists and Vedantists promising all varieties of salvation; the ads that promise instant success or relief from miseries of life through balms, oils, lotions, powders, soaps, detergents, that promise instant and eternal youth and beauty; electronic gadgets that promise sublime life styles …  forget all this, and, for a while, listen to  his song of the wretched of the country, he is almost shouting. He turns your world inside out by putting everything mainstream in the background and foregrounds the wretched of the earth by putting them at the centre stage of his poetry.

At midnight
My body wrapped in seven quilts
Kept shivering
Sutlej had swamped my bed
Seven quilts, all soaked
Body temperature one hundred six, seven
Each breath seeming the last –
People busy overturning time’s wheel
Don’t die of fever.
For those who go riding the shoulders of death
Life begins after death.
I shall refuse even the shade of the sun
Whose heat is denied to me
My blood and sweat have spilled on this soil
I shall rise again
After I have been buried here.
---

We didn’t like challenging them
Let it be, we said
They were just having fun
Listening to eulogies
And chanting ‘encore’

We have to avenge
The sleepless nights given by them
We have to test the strength
Of their blood-stained hands
Now we shall sing no praises
To please them.
---

WE SHALL FIGHT COMRADE

My love, you may very well complain:
Because of me all your passionate dreams turned sour
The designs of light and shade fondly embroidered
On your handkerchiefs came to nought

Even though a poet, I walk away leaving unread
The song written in your eyes
My dear, the song of my vocation, very bitter and very dry,
Has turned into stone on my lips reserved for you

Your laughter and the dance of linseed blossoms -
My love and my commitment - both are wounded.
When the enemies of your happiness whisk me away
The handcuffs rattle with their mocking laughter

All my pain passes through the eye of only one needle
Our peace of mind is gone, so is the exuberance of our fields
They who have usurped the wealth of our fields
Have also become the enemies of your beauty

A THORN PRICK
(To a man whose birth no calendar commemorates)

He lived long
Hoping his name would shine

All his life he heard only three sounds:
The crowing of the rooster
The panting and puffing of his cattle
And the chomp of his own jaws.
He never heard the sound of the sun
Setting on the silky sand dunes
He never heard the sound of flower buds
Opening in spring
The stars never sang a song for him
All his lifetime he knew only three colours:
One the colour of the earth
Which he never knew how to name
Other the colour of the sky
Which had so many names
None of which he could remember
And the third of his wife’s cheeks
Which he never named out of shyness

He could compete against anyone in eating moolis
He won many a bet on eating the corn on cobs
But he himself was eaten away without any wager.
His years, like ripe melons, were swallowed whole
And his fresh milk temper
Was drunk with great relish
He never came to know how
Health-giving he was!

And the desire that his name should shine
Chased him like a bee.
He mutated into his own statue
But no one ever celebrated this.

The pathway from his home to the well
Is frequented even today
But in his footmarks
Buried under innumerable footprints
There yet smiles a wound
A wound inflicted by a thorn
Yet smiles there.
---